Kinetic Software specializes in the design and implementation of software systems that satisfy specific needs of various commercial industries and professional services. 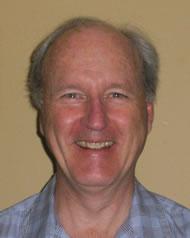 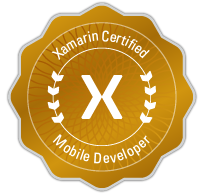 Insights into the creation of StopJetLag™   >>

My interest in creating the StopJetLag Plan expert system started with my experience of being a worldwide tour manager for the Al Stewart Band during the Year of the Cat and Time Passages tours from 1976 to 1980. During this time I was responsible for 7 band members, 3 managers and 8 road crew who had to be prepared to give performances in the United States, Europe and Japan. At that time we needed to allot 5 days going to both Europe and Japan from the United States for the performers to adjust to the new show time. As you can imagine this was a substantial expense in hotels, meals and wages to allow for adjustment to the new our new show locations.

And then at the end of one tour, I went from our last show in Hawaii directly to Saudi Arabia where I was a construction project supervisor. I distinctly remember being wide awake in the middle of the night for the several days there.

I also coached the Aspen Ski Club and Australia Junior National Ski Team. The Australian team, even though young, always needed several days to recover from jet lag when they arrived in the United States

Therefore, when the opportunity arose for me to work with Dr. Ehert and capture his knowledge in an expert system computer system to analyze travelers' trips to allow them to travel without jet lag, I jumped at the chance. We spent several years implementing StopJetLag to incorporate his knowledge and methods to determine the best possible jet lag avoidance method given the specific complexities of your individual flight schedules.

"I'm very pleased that I have been able to use my computer science degree received from Dartmouth College in 1971 and create a program that is beneficial to so many people."

More information on what we created together can be found at Why I became involved with StopJetLag by Charles Ehret on the StopJetLag web site.

StopJetLag™ is an expert computer system that gives a comprehensive, scientific approach to beating jet lag using the effects of bright light, melatonin, sleep/activity cycles and meals coordinated with the flight schedule of a traveler.

"Probably the best approach [for beating jet lag] is a blend of several strategies. The StopJetLag Plan combines light therapy, melatonin, the Argonne diet, and other treatments in a customized schedule for each traveler".

"DAYLITE is hard to compare with other micro-computer daylighting software. The range of apertures, room configurations, and analyses it has were only found in mainframe programs." Solar Age Magazine, May 1984.